Ayurveda is the oldest surviving complete medical system in the world. Derived from its ancient Sanskrit roots - ‘ayus' (life) and ‘ved' (knowledge) – and offering a rich, comprehensive outlook to a healthy life, its origins go back nearly 5000 years. To when it was expounded and practiced by the same spiritual rishis, who laid the foundations of the Vedic civilisation in India, by organising the fundamentals of life into proper systems. 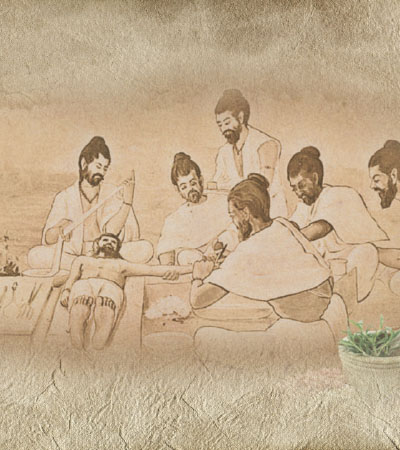 The art of Ayurveda had spread around in the 6th century BC to Tibet, China, Mongolia, Korea and Sri Lanka, carried over by the Buddhist monks travelling to those lands. Although not much of it survives in original form, its effects can be seen in the various new age concepts that have originated from there no philosophy has had greater influence on Ayurveda than Sankhaya’s philosophy of creation and manifestation. Which professes that behind all creation there is a state of pure existence or awareness, which is beyond time and space, has no beginning or end, and no qualities. Within pure existence, there arises a desire to experience itself, which results in disequilibrium and causes the manifestation of the primordial physical energy. And the two unite to make the "dance of creation" come alive.

Imponderable, indescribable and extremely subtle, this primordial energy – which and all that flows from it existing only in pure existence – is the creative force of all action, a source of form that has qualities. Matter and energy are so closely related that when energy takes form, we tend to think of it in terms of matter only. And much modified, it ultimately leads to the manifestation of our familiar mental and physical worlds.

It also gives rise to cosmic consciousness, which is the universal order that prevades all life. Individual intelligence, as distinct from the everyday intellectual mind, is derived from and is part of this consciousness. It is the inner wisdom, the part of individuality that remains unswayed by the demands of daily life, or by Ahamkara, the sense of `I-ness’.

A Sanskrit word with no exact translation, Ahamkara, is a concept not quite understood by everyone as it is often misleadingly equated to `ego’. Embracing much more than just that, it is in essence that part of ‘me’ which knows which parts of the universal creation are ‘me’. Since ‘I’ am not separate from the universal consciousness, but ‘I’ has an identity that differentiates and defines the boundaries of `me’. All creations therefore have Ahamkara, not just human beings.

There arises from Ahamkara a two-fold creation. The first is Satwa, the subjective world, which is able to perceive and manipulate matter. It comprises the subtle body (the mind), the capacity of the five sense organs to hear, feel, see, taste and smell, and for the five organs of action to speak, grasp, move, procreate and excrete. The mind and the subtle organs providing the bridge between the body, the Ahamkara and the inner wisdom, which three together is considered the essential nature of humans.

The second is Tamas, the objective world of the five elements of sound, touch, vision, taste and smell – the five subtle elements that give rise to the dense elements of ether or space, air, fire, water and the earth – from which all matter of the physical world is derived. And it is Rajas, the force or the energy of movement, which brings together parts of these two worlds. 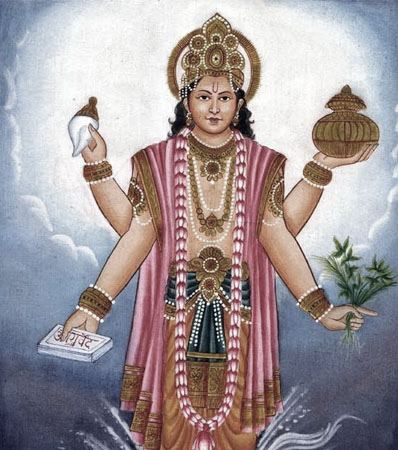 It is worth noting that even at the stage of the dense elements the philosophy of creation –which according to Sankaya is now and in the present, without any past and any future – is still dealing with aspects of existence beyond our simple physical realms. The point of contention being that we are the first and foremost spirit experiencing existence. To use Ayurveda in daily life, one has neither to accept nor even understand this philosophy. But it does provide a deeper insight into how Ayurveda works towards betterment of your health.

Ayurveda therefore is not simply a health care system but a form of lifestyle adopted to maintain perfect balance and harmony within the human existence, from the most abstract transcendental values to the most concrete physiological expressions. Based on the premise that life represents an intelligent co-ordination of the Atma (Soul), Mana (Mind), Indriya (Senses) and Sharira (Body).

That revolves around the five dense elements that go into the making of the constitution of each individual, called Prakriti. Which in turn is determined by the vital balance of the three physical energies - Vata, Pitta, Kapha and the three mental energies - Satwa, Rajas, Tamas. Ayurveda thus offers a unique blend of science and philosophy that balances the physical, mental, emotional and spiritual components necessary for holistic health.

Join our subscribers list to get the latest news, updates and special offers delivered directly in your inbox.